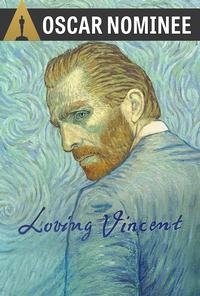 This exceptional Film is now an Oscar nominee in Animated Feature Film Category.
The Austin audience can now see Loving Vincent the first week of February at the Lake Creek 7 theatre.

This first in its kind feature-length painted animation by the Polish artist and director Dorota Kobiela explores the life and unusual death of Vincent Van Gogh via depictions of his artworks.

It sounds mad: inspired by a letter Vincent Van Gogh penned the week before he died, in which he noted that ‘we cannot speak other than by our paintings’, Oscar-winning filmmaker Hugh Welchman (Peter And The Wolf) and Polish painter Dorota Kobiela decided to make a movie doing exactly that. Hiring an army of painters from across Europe, each trained in the Dutch master’s style, they set out to tell his story the way he himself would. Consequently, every single frame of the resulting film, Loving Vincent, is an oil painting (12 per second!).

Poster for the unique animated drama Loving VincentThe noir-like detective plot is drawn from the artist’s many letters; and the cast – Chris O’Dowd and Saoirse Ronan alongside Douglas Booth, Helen McCrory, Aidan Turner and more – were chosen based on their likeness to real-life characters in Van Gogh’s works; each painting in the film was based on live-action material of the actors, in an extreme version of traditional animation rotoscope. Music for the film is by Clint Mansell.

The results speak for themselves. A truly astonishing visual feast, Loving Vincent demands to be seen on the biggest of screens.
[from Melbourne International Film Festival]