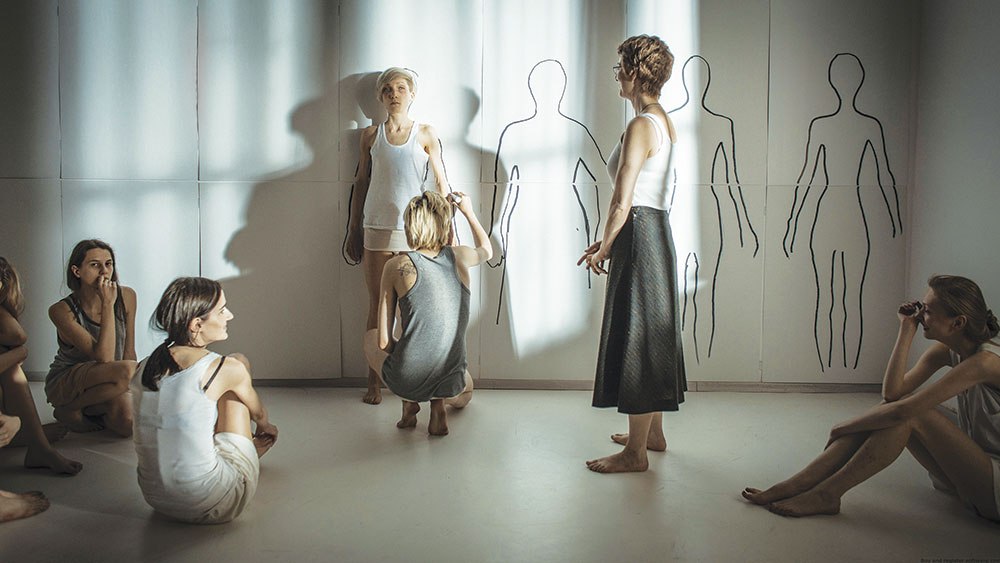 The Austin Public Library has partnered with the Austin Polish Society to present free screenings of Polish films on the first Sunday of each month at 3:30pm. All films have English subtitles and are open to the public.
The screenings are part of annual Austin Polish Film Festival that takes place in the fall. The 2018 films and schedule will be available at www.austinpolishfilm.com. Find us on Facebook & Twitter to stay tuned.

“Body, […], is an example of cinema that is bold, wise, and incredibly funny.” (By Bartosz Staszczyszym from: culture.pl) Body is an offbeat drama about three people: a coroner, his anorexic daughter, and her therapist who can communicate with the dead. Coroner Janusz (played by Janusz Gajos) considers himself a strong man; he’s seen it all. He deals in precise, detective-like research when analyzing the most brutal crime scenes. However, he is helpless when it comes to comforting his daughter, Olga, still heavily grieving her mother’s death. Fearing that she might hurt or even kill herself, Janusz commits Olga to a clinic where he meets Anna, a psychologist who works there. Anna lives with her big dog Fredek, and feels a special connection with the dead, especially Olga’s mother, who she believes is trying to contact her. Szumowska works with witty bits of black comedy to efficiently explore the difficulties and realistic ups and downs people encounter when struggling to cope with the loss of loved ones. Her film explores simultaneous fear of and longing for intimacy, violent depression, and the hope in new relationships.