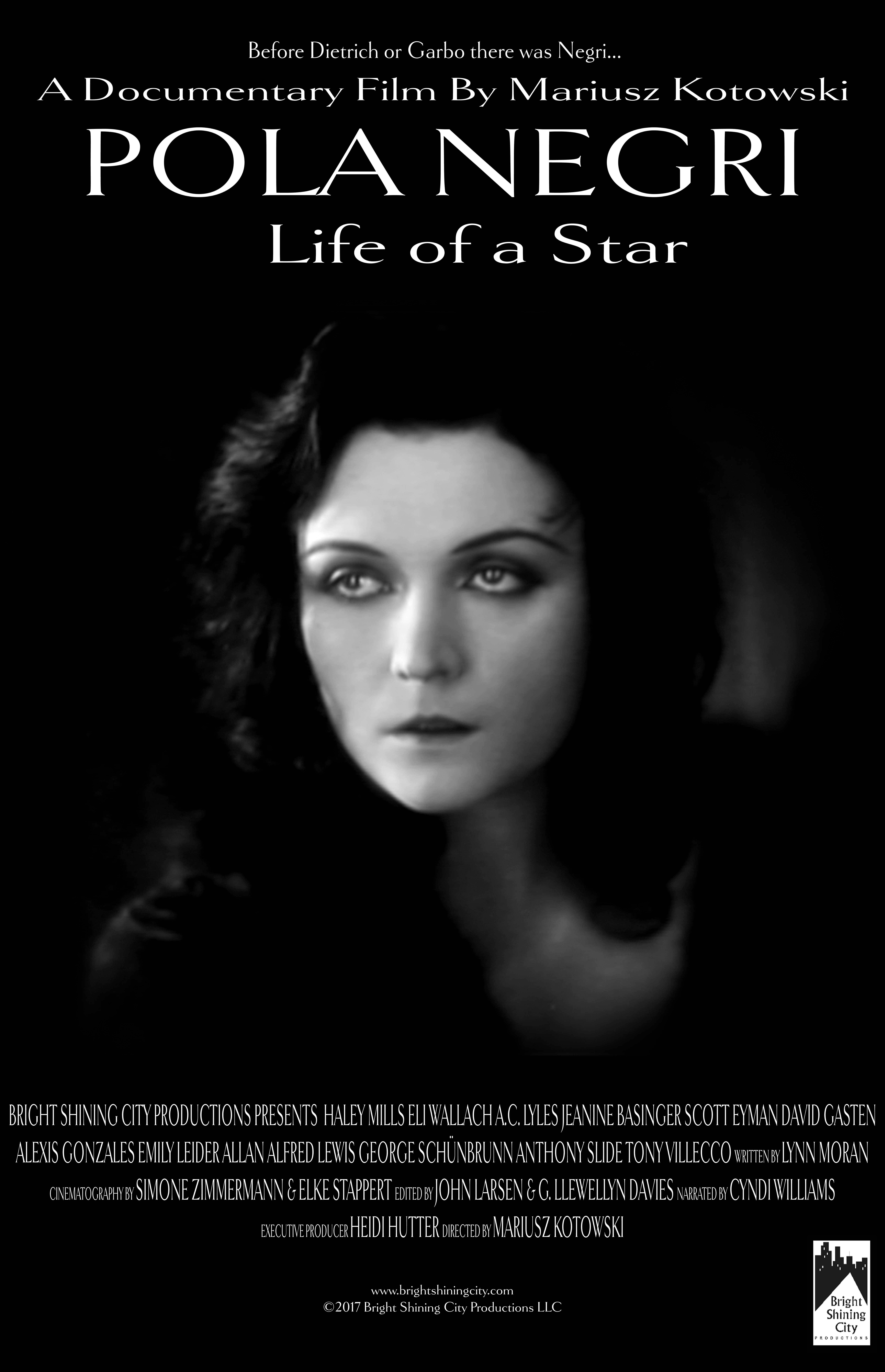 Attention: this is a new/ temporary location for History Club meetings.
May meeting was canceled- come and see us at the June meeting on June 17th

What: Polish History Club: Screening of the movie “Pola Negri-Life of a Star” 2017 and a discussion led by the director: Mariusz Kotowski
When: June 17th 6pm -8.30pm
Where: SHDW Studios 4709 Red Bluff Rd Suite A, Austin, TX 78702, enter through the garage, look for red and white balloons
Parking: free street parking
Cost: Free
Language: Movie is in English, Discussion will be in Polish

Pola Negri was a Polish silent movie star. We would love to thank director Mariusz Kotowski for presenting his movie at our meeting and providing insight into life and passions of Pola Negri.

„Pola Negri: Life of a Star” is a 2017 director’s cut of Mariusz
Kotowski’s Pola Negri: Life is a Dream in Cinema (2006), an eye-
opening and inspiring documentary for anyone who truly loves
film.

A passionate look at how this form of art came to be what
it is today through the prism of the rise of one of its first stars
and her groundbreaking work.
Kotowski infuses the film with his knowledge and love of classic
cinema, reviving one of the most fascinating personalities in the
history of motion pictures. This enlightening documentary sheds
light on the life of an extraordinary actress, and her significant
impact on the beginnings of film.
The first European star to be invited to Hollywood by
Paramount Pictures, Pola Negri paved the way for Greta Garbo
and Marlena Dietrich. Yet few people today know much about
this magnificent actress or the dramatic events of her life,
including her engagement to Charlie Chaplin or her relationship
with Rudolph Valentino.
Unique photographs and rare film footage of Negri’s many
dramatic and comedy roles make Kotowski’s documentary a
true gem. The film features insightful interviews with HAYLEY
MILLS, an Academy Award winning actress best known for her
roles in classic Walt Disney pictures such as Pollyanna, That
Darn Cat, The Parent Trap and The Moon Spinners – also
starring Pola Negri in her last movie role.